Play was interrupted by stormy weather so the teams were disappointed that they didn’t get to play the entire course because. The teams returned to the Atrium at Carter Plantation in anticipation that the rain would stop and they could return to play but the weather didn’t cooperate. The teams were treated to an early dinner and the long list of donated prizes was distributed. The prizes, too numerous to list, ranged from gift baskets to gift cards with several golf related prizes mixed in and Hyundai offered a sleeve of Titleist Pro-V1 golf balls to those who simply filled out a Hyundai survey. Also, Hyundai contributed some additional prizes.

Hyundai, a sponsor of the benefit tournament, had the grand prize or you might call it a “golfer’s dream prize”. Raffle tickets were sold and the person holding the matching raffle ticket number drawn received an all-expense paid trip for two to attend the Hyundai Invitational National Finals at the Cascata Golf Course in Las Vegas, Nevada in October and the winner was Maurice Welsh. Hyundai sponsored fifty well-established charity golf tournaments around the country and after the Carter Plantation tournament the only one remaining to be played in Louisiana was on June 8, 2015. You can view the Hyundai Invitational website for more information about the 2015 tournaments.

Since rain cut the tournament short each team received gift certificates to come back on a date before the end of the year to play their round of golf. Also, the Chairman of the tournament, John Mundinger, announced that their mulligans would still be good and cheers were heard from the crowd!

The HCHS is a 501(c) (3) non-profit organization working on restoration of the Historic Carter House, built between 1817-1820 by Thomas Freeman a Free Man of Color. Their portion of the proceeds will allow them to complete more restoration projects on the Carter House and property. The house is available for use by the public for special events and tours can be scheduled by calling HCHS at 225-747-0660 or sending an email to carterhousesociety@gmail.com.

In addition to Hyundai there were a number of other individuals/companies that made donations either in the form of food/drink or prizes and we wish to thank all of them. Veron Sausage donated food for the lunch and Crescent Crown donated a variety of beverages, with Southern Chic Custom Cakes donating the delicious Cake Pops for dessert at the lunch. We thank all the remaining companies for their contribution and help to make the tournament a success!

We also thank all those who sponsored a hole in support of the tournament.  Their signs were located on the course but for those who didn’t have an opportunity to see the signs, following is a list of these generous sponsors:

If we missed anyone, we sincerely apologize and wish to thank you for your contribution.  Also, we thank and appreciate all the teams for playing in the tournament and hope they enjoyed our event!  And last but not least, we thank the CPCA Board, volunteers who worked to obtain sponsors, and the day of the tournament.  They all pitched in and quickly turned what appeared to be chaos into order as the golfers arrived.  As you can imagine, all the golfers were eager to get out on the course! 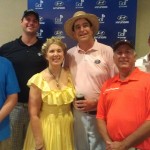 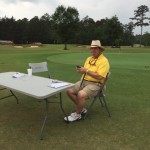 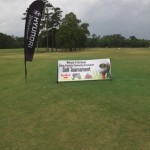 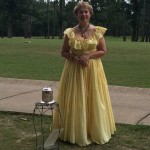 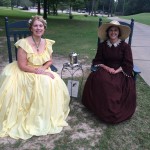 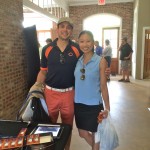